WHO IS NOT PROFANE?

Not Profane, the rising german pop sensation makes instantly infectious, propulsive pop. Armed with fresh electro-pop productions and emotive hooks that remind you of 90's melodies from the Backstreet Boys, but seated somewhere at the 21st century table alongside faves like Justin Bieber, Liam Payne, Major Lazor and Zara Larsson.

The blond surfer-like looking sonny boy already gained several million views on Youtube + Spotify and found support on MTV, Viva and Mc Donald’s Germany.
In addition to his vocal skills and writing his own songs, he also works as a music producer and songwriter for other artists. He never had a single piano lesson in his life but managed to collaborate with creative minds behind acts like Miley Cyrus, Snoop Dogg and Ashley Tisdale.

Moreover, he has charted in the Top 40 in several countries, including for his work with the Dutch teen star Jeronimo DaSilva and also pinned a song for 16 year-old Canadian Youtube Teen Star Carson Lueders. All that without the help of a major label or big budgets. Simply by believing and having faith in Jesus.
More in the video ➡ 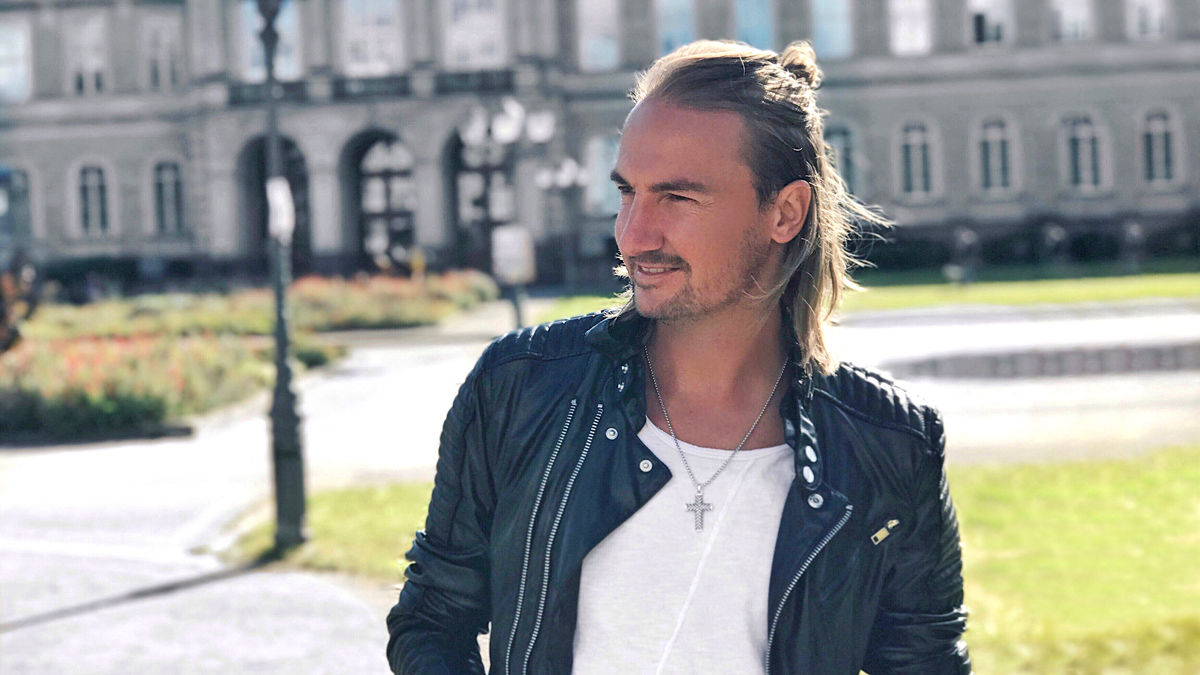 Top 40 pop singer/songwriter & music producer Not Profane released his debut EP-Album „This Moment Now“ including the Single "Our Balloons" featuring US Youtube Sensation Tiffany Alvord.
He wrote & self-produced the 4-Track debut EP in his studio in southern Germany, also featuring the Canadian (Juno nominated) twin sisters Carmen & Camille, now counting 175.000 monthly streams on Spotify.
The blond surfer-like looking sonny boy already gained several million views on Youtube and Streams on Spotify. In addition to his vocal skills and writing his own songs, he also works as a videographer, music producer and songwriter for other artists.
The german multi-talent has collaborated with the creative minds behind acts like Miley Cyrus, Snoop Dogg and Ashley Tisdale. Moreover, he has charted in the Top 40 in several countries, including for his work with the Dutch teen star Jeronimo DaSilva on his single "Somebody Who Loves Me". In 2015 he wrote the song "Movie Star" for the 16-year-old Canadian Youtube star Carson Lueders and placed his tracks in TV series like the US-Series-Hit The Flash.
He gained much greater exposure as a singer and pop artist with his most successful singles to date Summer Love ft. Violent Electric and Riki Raka featuring latino Beauty Youtube star Sandra Cires. The singles alone gained several million unique views on Youtube and plays on Radio, MTV, Viva & Mc Donald’s TV in Germany.
The day after fellow christian Youtuber/singer Christina Grimmie was shot dead at her concert Not Profane was heartbroken and wrote an original song tribute called „You Are Home“ for the The Voice US Star. His solo piano performance received a great positive response leading to hundreds of messages from fans all around the world.
"Youtube is a bully pulpit to draw attention and showcase yourself. I believe my expertise is finding, developing new talents and being able to create the entire audio visual product of a recording artist/project, from writing the first lyric line, songwriting, toplining, music production, beatmaking, music video directing & shooting, to editing the last video frame. Seeing the vision and whole process come to life is simply amazing, for me, that's true art," says Not Profane grinning."
That's what he did when he signed Bosnian "wunderkind" Caylana, when they first met in 2006 and has done with several artists like Tiffany Alvord, Sandra Cires for whom he created and produced unique projects including songs, content concepts and music videos to be found on his Youtube Channel. (www.youtube.com/notprofane)
As a videographer he is responsible for directing and producing the music video of the german MTV #1 Hit "HELL YEAH" by DJ Rapture, Jonn Hart ft. Milla in Los Angeles.
The crazy but emotional german has over 200 videos online, and even without the help of major labels or big budgets; he has several million views. His songs are ultimately released digitally via his own music and fashion label going by the name “No Parade”, which he founded in 2012.
Not Profane designed his own high quality premium snapback caps headwear series called: Not Profane Caps. (www.noparadestore.com)
" I am convinced one should never stop believing in the talents god has provided one with and should always give 110%. Inspiring people and winning them over with something you love doing is an incredible accomplishment and provides an unbelievable level of satisfaction that is hard to describe and recreate with anything else. In my opinion, it is all about being able to reach people’s hearts with music."
Starting at a young age Not Profane spent his days on tennis courts all over the world. The Karlsruhe-born producer, songwriter and singer always wanted to become a professional tennis player and he loves Padel Tennis. Not until quite late at seventeen actually, he discovered his passion for music, inspired by a visit to a "Britney Spears" concert.
"The moment I saw the crowd singing along from the bottom of their hearts, I knew for sure this is what I want to do."
This was when he replaced his tennis racket, which can still be spotted in many of his videos, either leaning against a keyboard or a computer, with music. Had it not been for his sister and mother wanting to take music lessons and leaving a piano at home at his display, he might have never discovered his love for music. Having no prior experience or knowledge in sheet music, he started composing songs on this seemingly simple instrument, solely based on hearing and “feeling” the sounds.
"Thank God," all has happened as it should. This is how his artist name "Not Profane" came about. When you take a closer look at his logo you might even discover a small cross, a symbolism of his faith. This is an indication that he doesn't see a need to hide his faith in Jesus, much more, he is proud and uses it as inspiration for himself and hopefully for others.
He also encountered faith, miracles and angels while being in Cologne, Germany when he did the preproduction of the single "Life Is A Miracle" of one of the most successful German girl bands called "No Angels".
During the current stage of his life he spends day and night at his studio, producing and pursuing his dream, while sleepless nights go past him, only one goal in sight – “making it” in this so competitive industry that has grown to be his love since age seventeen.